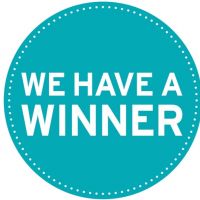 The moment you've been waiting for - final positions at the end of the Club Championship series! Big congratulations to Amber Gillies, one of our newer members, who has triumphed and finishes top of the table. Top marks too to promising junior Finn Duguid, whilst one of our senior members comes in in sixth place.

Thanks to all 53 club members who entered at least one event and helped to create a sense of competition. For the future it's worth remembering that you only have to complete (or help at) an event to get points so it’s not just the very best that can achieve success. We’re all winners by continuing to turn up!

The final results were calculated following last Friday's Halloween Score event and can be downloaded here https://www.taysideorienteers.org.uk/documents/GP011115_5.xlsx If you spot a mistake, please let us asap so that it can be corrected!  NB: The results have changed slightly compared to the results circulated to club members at the weekend owing to a member having been included under two different names. It does not change the results at the top.

By way of background, the club has previously awarded points based on the results of local events but the scheme fell into disuse. For 2015 club member John Lewis kindly offered to trial a new arrangement based on a handicapping system.

John Lewis explains how the championship points were allocated

The purpose of the points table is to encourage club members to attend local events and to compete against other members in a meaningful way. I have tried to avoid the trap of automatically awarding prizes to any M21 members who are capable of amazing the other club members with their abilities. We’re all worthy of great praise whenever we show up and compete or help out at a club event, that’s what club membership is all about. So, how to achieve these worthy aims? I have set up the points structure so that:-

Hopefully the aims of the points table have been achieved although if there are any improvements or fine tuning that can be applied, suggestions would be very welcome. It’s your club and your championship points table!